Sketch For A Short Film In Black And White 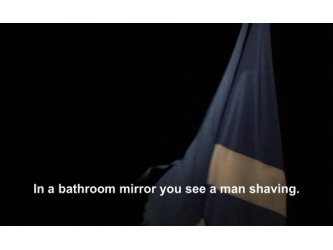 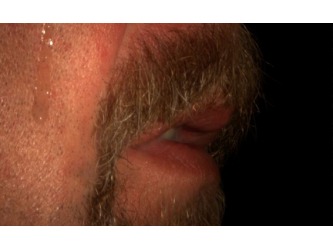 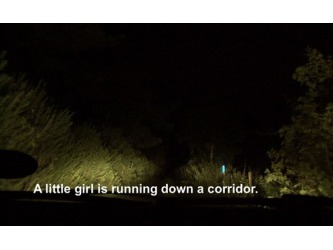 Videostill
Text:
A text about monuments is read out loud. In a bathroom mirror you see a man shaving. A woman is sitting on a chair.
She looks at the camera. A man enters the room. He is wearing a suit. He walks through the bedroom, heading for
the window. A little girl is running down a corridor. (Or the image of a childs feet.). ...

Something About Wapke - Circumstances And Incidents In The Life Of A Dutch Artist, 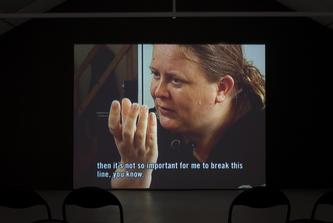 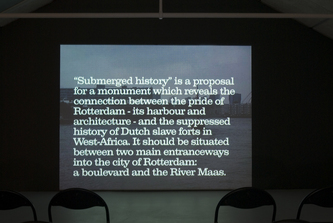 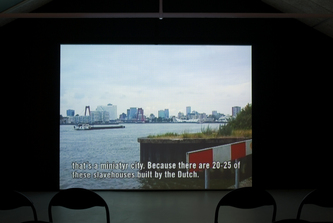 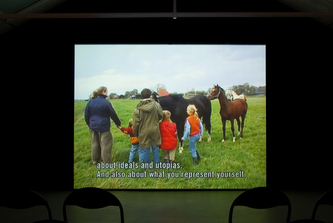 Installation view. Photo: Øystein Thorvaldsen
This is a portrait of Wapke Feenstra. She is a visual artist and writer that lives in Rotterdam in The Netherlands. The video deals with identity, history, art and its stereotypes based on my interpretation, related events and stories from Feenstras life and work.

Borders of Paradise, - from Shades of Blue, to Black, White, Pink or Purple 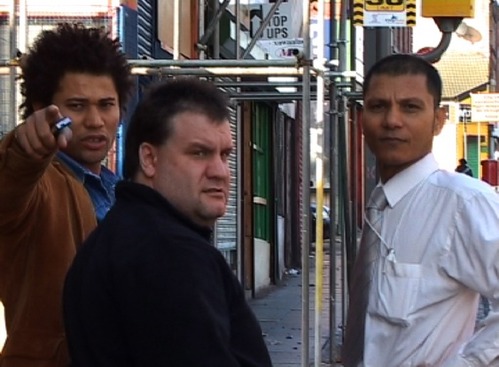 Excerpt 06:23 min.
This film documents the artist and pedagogue Yngvil Teigen as she goes about her daily business of caring for wild birds, for the well being of which she feels deeply. Her house has been given over to the birds, where they fly around freely. This chaotic domestic scenario is intriguingly contrasted with her calm logic and authorative knowledge of birds. This is a warm and heartening account of human kindness, which also portrays an uncomfortable and unnerving disregard of conventional life.

The video “Harvest” shows two old people eating together in determined silence. Stenseth filmed in an ‘amateur’ style: we see mixed lighting, slow motion and a grainy texture. The last adds a level of sensitivity to the video essay. The sound image consists of sampled  twelfth-century music and the atmosphere it creates hangs intuitively together with the visual imagery.

The way Stenseth films the couple eating a daily meal in their daily surroundings, makes us see a common situation anew. Moreover, the filmed couple gives us a different perspective on age. It is common knowledge that growing older doesn’t mean life is getting easier – we encounter pain or loss of dignity. Stenseth shows a beautiful and moving aspect of old age: unadulterated joy, tranquillity, tacit contentment and rewarding companionship.